I'm obviously having a bit too much fun with zentangle. Using a stencil style image to start off with and then creating tangles in the blank spaces is addictive. Here are the pictures I created this weekend. 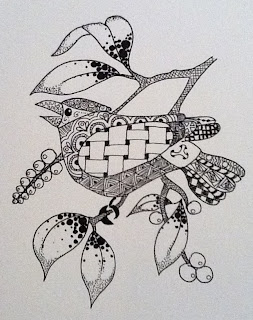 I really like how the leaves came out on this one. I don't like to fill in leaves with tangle patterns because they get a little lost, so dots seem to work pretty well. 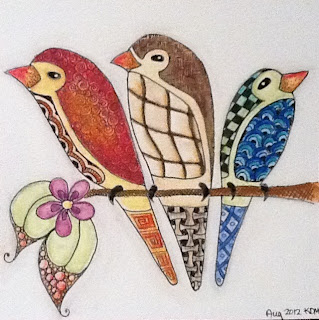 I lovelovelove bold, bright colors, so I was thinking that my tangles may be more dramatic with color added, so I created this one and used watercolor pencils to add color. Once I finished, I started to think that they are more striking as just black and white drawings. What do you think? 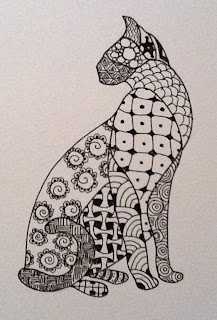 I love this cat and definitely want to do more in different positions. 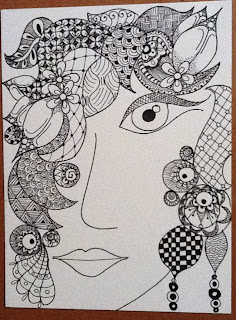 Here's the last one of the day. I will definitely be making more with the face embedded in the tangle. I really like this look and there's so much you can do with it.

I was a little bored at work today...shhh, don't tell...and this is what I created. I'm really enjoying this art form. 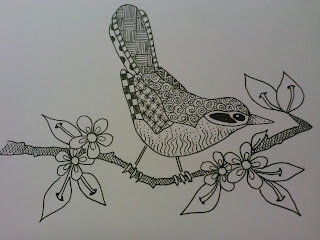 Posted by Unknown at 7:58 PM No comments: 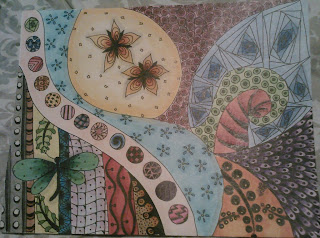 I recently discovered the relaxing and fun technique called zentangle. I may be behind the times as far as how "new" this may be, but it's new to me. You don't need to be able to draw to create tangles, just put pen to paper and go. This is the first one I completed. It's 8.5x11, using a black Copic liner and colored in with Copic markers, on Bee Line paper. 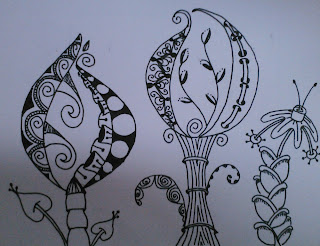 This is the second one I did. It's only a 5x7 on Bee Line paper using a Copic liner pen. 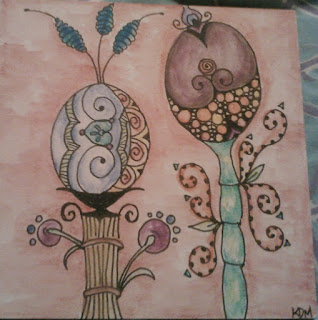 I got 5x5 watercolor boards at Dick Blick and created this tangle using the same Copic liner pen and then used watercolor pencils to color it in. The woodless color pencils are awesome on these boards, very vivid colors. 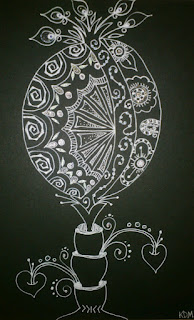 I got a bit creative here using black paper usually used for pastels. I used a white gel pen to create the drawing and then used some gel pens to color in some parts. I really like this looks, but it really doesn't need the colored gel pens and I think my next one will just be black and white. 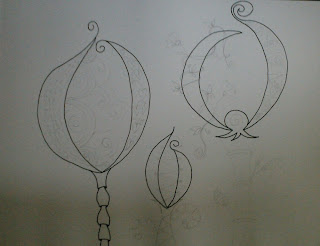 This is my latest tangle using my usual materials (Bee Line paper and Copic liner pen). As you can see, I sketched some of it out in pencil before going over the lines in pen. 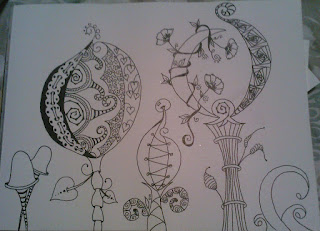 Here it is after I filled it in with pen. Now I have to decide how I want to color it in, watercolors, markers, etc. Stay tuned...

Would love any feedback, thanks.